At Moshedi Eye Center in Lanham, Maryland, our highly qualified ophthalmologist and professional support staff provide exceptional care for you and your family. From the time you make your appointment to when you walk out the door, you will receive attentive service and individualized care from all of our healthcare staff.
To schedule an appointment, call our office at (301) 552-5000. 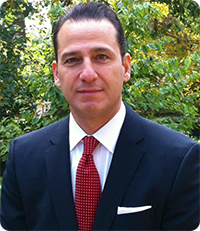 In between his internship and residency, Dr. Moshedi spent two years performing research at the National Eye Institute of the National Institutes of Health in Bethesda, Maryland, during which time he received a National Research Service Award. Dr. Moshedi also holds a patent for a vascular occlusion inhibiting composition which prevents strokes and heart attacks.

Following his residency, Dr. Moshedi established Moshedi Eye Center in 1997 and has since been serving the residents of Lanham and Prince George’s County, Maryland, as well as Anne Arundel, Montgomery, and Howard County, and Washington, D.C. He is board certified in ophthalmology and a member of the American Academy of Ophthalmology. In 2012, Dr. Moshedi was nominated by his peers and voted a Top Doctor by Castle Connolly and listed in Washington - Baltimore Top Doctors magazine. Year after year Dr. Moshedi has been selected by the Consumer Research Council of America to be listed in the guide to America's Top Ophthalmologist.

Broaden your knowledge of eye conditions and their treatments at Moshedi Eye Center in our exclusive A-Z Patient education library.